My Heart Belongs to You

Now available in print and ebook!

The Debatable Land, along the Scottish Border, 1100 AD

A Stolen Bride ~ Upon her father’s sudden death, Lady Ysabelle of Sutcliffe is forced by her English king to wed a loathsome old man. On her wedding night, the Scotsman she was previously betrothed to comes to steal her away, determined to gain the wife and lands promised to him by her father years earlier. Though Ysabelle cannot deny the passion Nicholas Ramsay inspires in her, she knows if she accepts the darkly handsome warrior who has abducted her, it will throw her people into war. Finding herself caught in a treacherous web of duty and desire, she struggles to know who to trust.

A Broken Promise ~ Born in sin, Nicholas Ramsay has spent a lifetime warring for lands on behalf of others. Having lived too long without love, his fierce demeanor masks a soul filled with pain. When Ysabelle’s father promised to give Nicholas her hand in marriage and the vast estates that rightly belong to him, he could hardly believe his good fortune. Secretly desiring a home and family of his own, Nicholas will do almost anything to secure them. Yet, the truth of his birth might destroy all that he has obtained. He soon finds himself fighting a different battle…to win the Lady Ysabelle’s trust and also her heart. 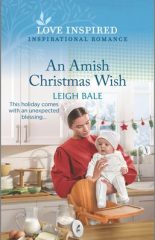